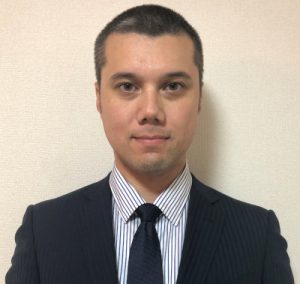 Freelance interpreter and translator. While at professional interpreting training school in 2011, began his career as a simultaneous interpreter at an advertising agency. After working as an interpreter for two years, transferred to sales staff to deepen his knowledge of the business field. Three years later, to try out a new business field, he joined a foreign-affiliated general insurance company, once again as an interpreter. He pushed forward a reform of the company’s , and when that had settled down, turned to freelancing. He now works for the same insurance company under a subcontracting system.