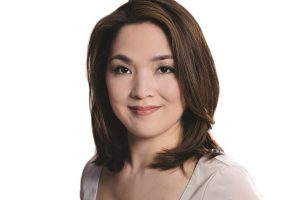 Media and conference interpreter. Completed the course of study for a master’s degree in international media studies at Ulster University in Northern Ireland and gained an MA in interpreting at the London Metropolitan University. Lecturer in the Diploma in Public Service Interpreting (DPSI) course at Middlesex University. Joined QVC Japan in 2001, the year it was founded. Helped set up departments within the company, served as its main interpreter for the 24-hour TV shopping program, and worked there as director of the in-house interpreter/translator division until immediately before leaving for the UK. After arriving in the UK, in the media sector, worked for the BBC World video on demand service, as interpreter for BBC Radio4, BBC1, ITV and others, did voiceovers, and was a Japanese pronunciation guidance for well-known UK actors. Currently writing for two serial articles, Interpreter’s Letter from London on the Tsuhon (Interpretation/Translation) Web (Icaros Publishing) and a joint effort known as Studying Interpreting in Europe on the JACI website. 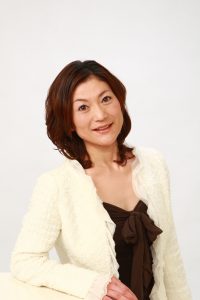 Freelance conference interpreter. After working as a translator of specifications in an international patent office, was also a personal interpreter for the CEO of a certain major communications company. Involved in many M&A negotiations during that time. After turning independent as a freelance interpreter, became active in a wide variety of work, from summit meetings and EPA negotiations to the Rugby World Cup; the Tokyo 2020 Paralympics Organizing Committee; sports; fashion press conferences; and the entertainment field, such as shopping channels, etc. Strong fields are fintech, security, education, jewelry, fashion, entertainment, and sports (martial arts, soccer). Hobbies are champagne, jazz, and playing the flute. A multi-task interpreter who is also prepared to be a bilingual MC.

“What do you have to take care over when doing TV shopping interpreting?”

…and so on… Haven’t you ever thought of this as a bit mysterious?

An interpreter with over 500 hours’ experience on live TV will introduce the on-stage and backstage sides of this world with actual episodes encountered during the work. If you are thinking you’d like to try TV shopping interpreting but are a bit concerned about suddenly appearing on live TV, or if you think you’d like to try it but just cannot take the first step forward, this presentation will let you know, without holding anything back, the skills you need raise your performance above the level of the crowd.

For the first time ever, we will disclose to you the live TV broadcast interpreters’ work from the ABCs to the “secrets of success.” Not limited to TV shopping, we will unravel the useful points for TV program interpreting from six different aspects. The world of TV shopping interpreting is not only fun, the fun is mixed with a special kind of scariness. This is your chance to make contact with the thrills and fascinations of this work. Don’t miss it!